The Preterite in German (Präteritum)

The preterite is only used regularly in written German (For example: In novels or stories), although is it more common in northern Germany than in the south. 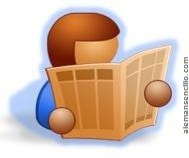 It is formed in the following way for regular verbs:

Adding "–e-" between the stem and the ending

Just like with the present indicative, if the verb stem ends in:

➜ An "–e-" is addd between the stem and the ending.

Er lebte in Spanien
He lived in Spain

Many verbs are irregular and they do not follow the rule that was explained previously. As an example, we can look at the verb sehen (to see) where the "Präteritum" is conjugated like this:

Endings are the same for regular or irregular verbs, what changes is the stem when the Präteritum is formed.

This link shows the most important German irregular verbs and their corresponding "Präteritum".

The structure of the passive voice in the "Präteritum" consists of:

If the clause in the active voice is:

The equivalent clause in the passive voice would be:

More information about the passive voice