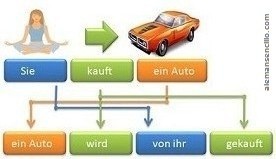 The passive voice is used when the agent is not very relevant or unknown. There are two types of passive in German:

The processual passive with transitive verbs

You have to pay attention to when you change a sentence from active to passive because the accusative will end up as nominative and thus change its declension.

Ich esse gerade einen Käse
I am eating a cheese

Ein Käse wird gerade gegessen
A cheese is being eaten

The passive can’t be constructed:

The processual passive with intransitive verbs

Some sentences have verbs without accusative that also can form the passive voice. The typical example of this is the verb "helfen":

Note: we’re going to look at this with a bit more detail. The sentence could also be written as an impersonal clause:

Don’t be mistaken; the subject is the pronoun "es". What happens usually is that it is omitted.

The processual passive with modal verbs

It’s easier to see this with an example:

Er muss den Wein trinken
He has to drink the wine

"Von" and "Durch" come before the agent.

As the name indicates, this type of passive is used to express a state. The construction of the passive of state is: "sein" + Partizip II.

Although these clauses are not passive, they have the same meaning as the passive voice.

In many cases, clauses are formed with the pronoun "man" as a subject. The particle man can be translated to English as "one", as in "One should watch what he says". It is also like saying "they" when one is referring to some unknown group of people, etc.

Was isst man in Italien?
What does one eat in Italy?

It is also called "Adressatenpassiv" and can be formed with the verbs bekommen, "erhalten" or "kriegen" which act as auxiliary verbs.